Shawn started racing at an early age of 5. He continued racing motocross until the age of 21. He then decided it was time to start racing quads. He raced cross country and hare scrambles. The side by side started racing in the AWRCS and he decided it was time to try his hand at them. Being an underdog with his RZR800 in the open class, he pushed himself every round. At the end of the year he placed 3rd overall. At that point he decided he was going to take a break from racing.

Shawn and Elizabeth met in 2007 and shared the love of the off-road life. The two of them wanted to share it with everyone. They decided to create this company. In 2014, they decided to expand and promote it. Elizabeth began branding Outlaw Off-Road Riders by creating a new logo that now proudly appears on many off-road vehicles. She does the web and graphic design for the site, along with designing the merchandise that's sold on the site. They've put on several big rides and benefit rides in the Western Pennsylvanian and West Virginian regions. With the help of other members in the group, they also love to festively show off in parades within the Pittsburgh area and the spectators love it! As off-road vehicles continually get a bad name by the media, we make it a point to keep it positive.

With the experience, love and passion for off-road riding, they've provided many different aspects of the off-road sport. And hope to continue to for a long time. 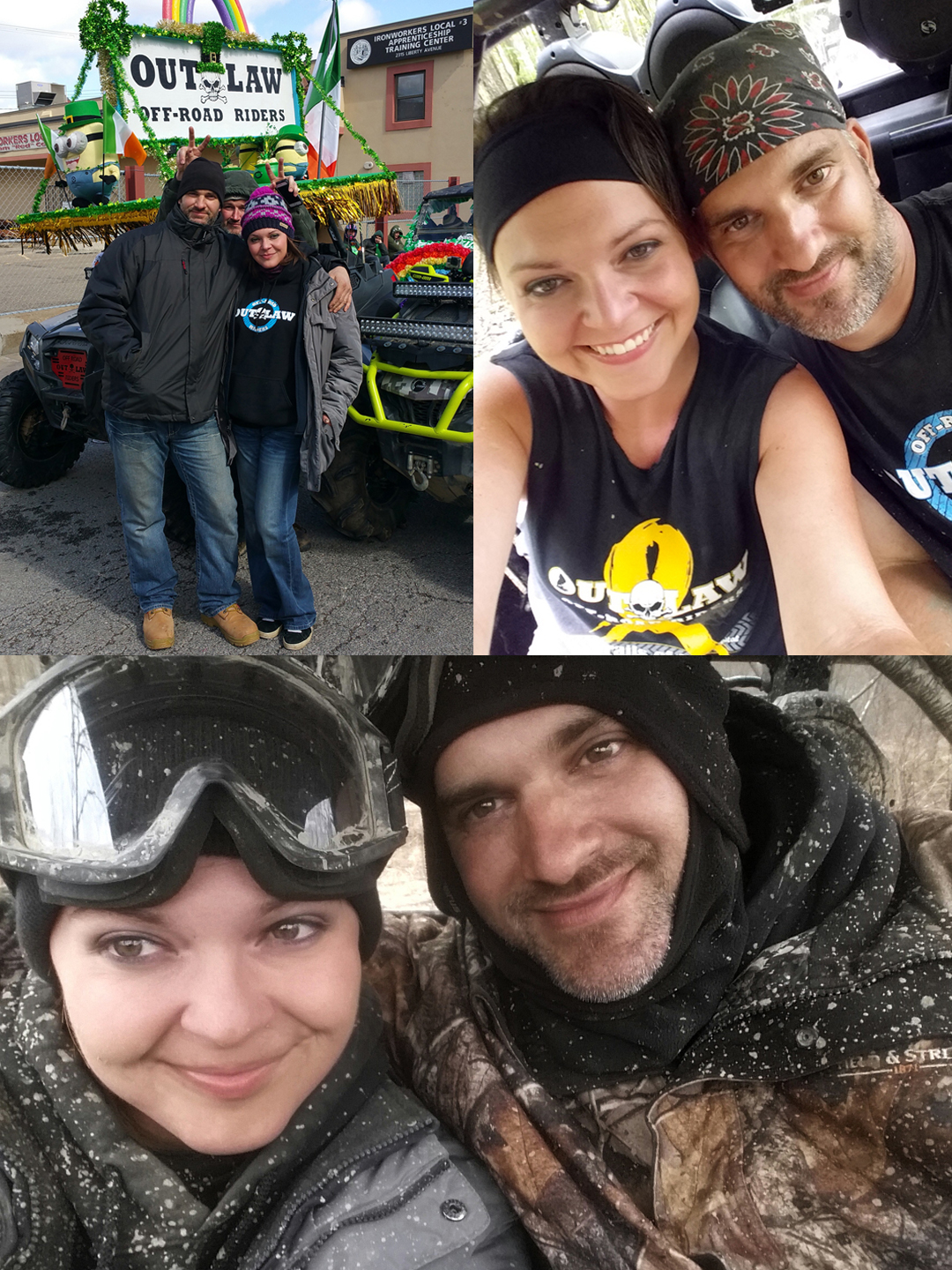